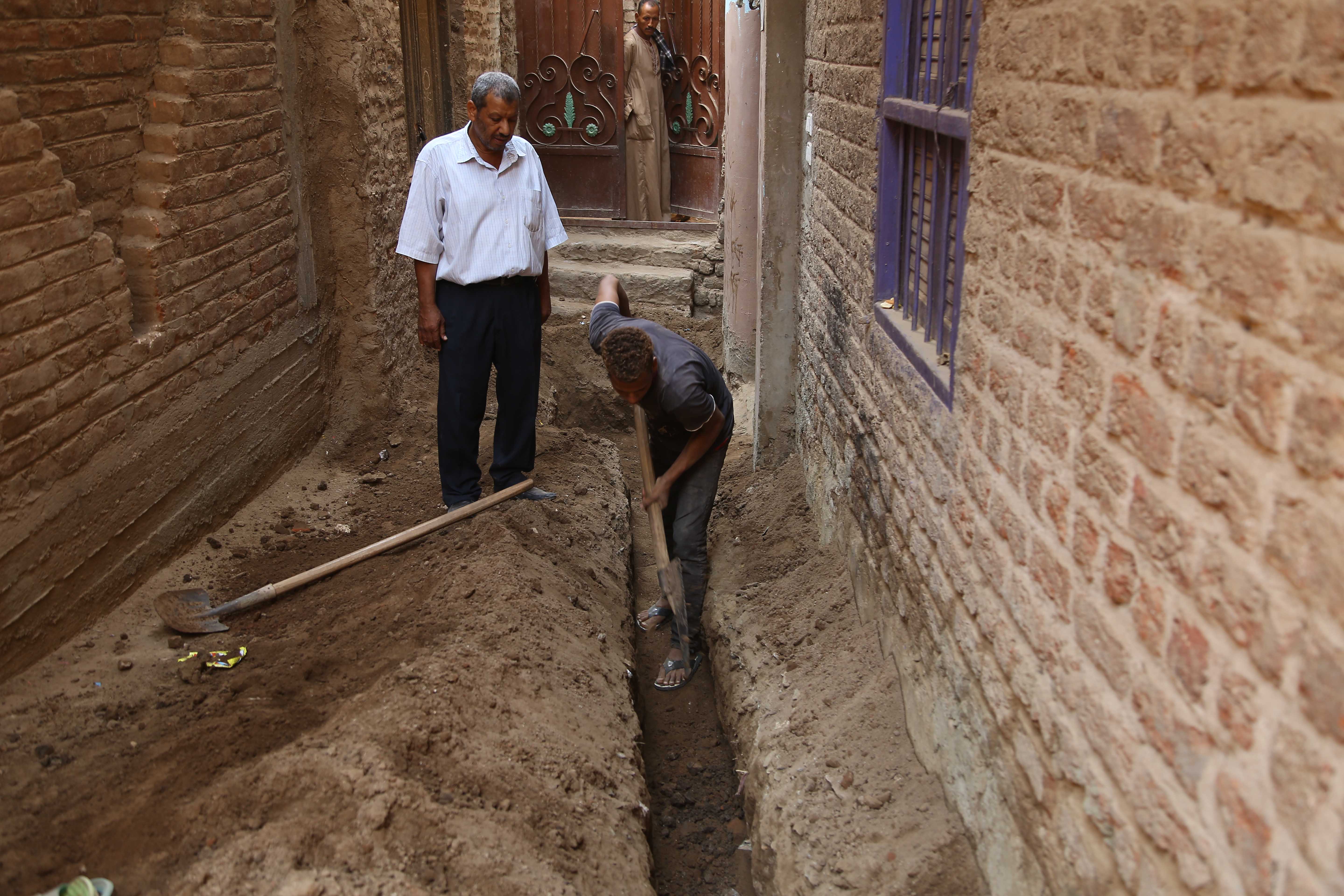 “Our future is in our village” initiative

Within the framework of protecting the health of Egyptians, the Association pursues to fight sources of pollution that may cause cancer through a collaboration protocol with the Holding Company for Drinking and Sewage water. According to the protocol the Association bears the cost of the following projects:

These projects include the establishment of:

The total cost of the projects is 250 million pounds

The specified duration for the projects in case of the availability of financial resources is two years.

Presently, the rate of completion of the projects is 30%

The project aims to establish a complete sewage network for Alkola village, Suhag Governorate, Akhmim Center, and will serve 300 houses

The project is currently at 75% complete. It is expected to be completed and running by February 2020

The project started on April, 2017, after signing a cooperation protocol with the Holding Company for Drinking and Sewage water. The project aims to extend connections to houses in 94 villages of which main connections and elevation stations were funded by our brothers in the Emirates.

The Association is establishing a mobile drinking water station to dispense 30 liter/second, to serve 50,000 persons in the villages of  Abu Deyab East and West and 22 hamlets in Deshna Center, Qena Governorate.

The project is currently 90% complete, and expected to be launched by the end of 2019